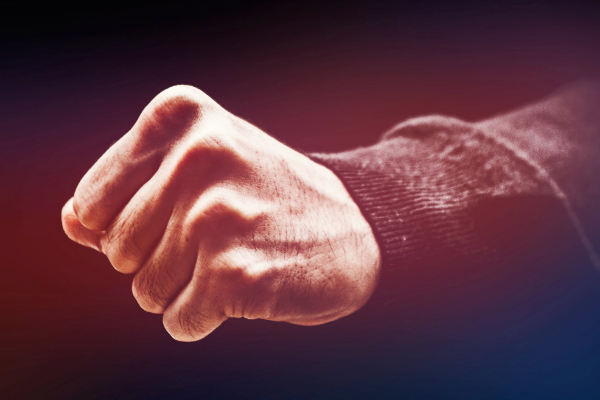 The terms “domestic violence” and “intimate partner violence” are today used as synonymous terms to describe some form of abusive behavior by one individual upon another person in a relationship. While these two terms are used interchangeably to describe the same criminal offense, they have different origins.

What Is Domestic Violence?

The traditional view of violence in a relationship-focused on a crime of abuse involving two individuals in an opposite-sex (heterosexual) marriage. Typically, the abuser was the husband and the wife was the victim. This is the origin of the term “domestic violence,” where the abusive behavior was viewed as a form of violence that existed within a domestic relationship.

In the early 1970s, women’s rights groups began an organized campaign highlighting the need to address the issue of abuse perpetrated by husbands upon their wives. In response, government and non-profit agencies started providing emergency shelters and other advocacy services for women who were survivors of domestic violence.

In addition to helping women in need, the emergence of these shelters also provided researchers an opportunity to study the issue of domestic violence in greater depth since victims were now easier to access. Previously, victims had few options and were forced to remain in abusive relationships, which, in turn, made it difficult for researchers to contact them and also made them less willing to discuss their situations.

As research on the topic of domestic violence increased, so did public awareness. In 1994, Congress passed the Violence Against Women Act (VAWA). While laws addressing assault in general already existed, this legislation strengthened those laws by specifically identifying violence against women as a crime that needed more focused attention. Domestic violence victims were considered the key recipients of protections provided by this legislation.

What Is Intimate Partner Violence?

Societal views expanded to better understand the types of violence that exist within relationships as well as the reality that the roles of abuser and victim are not gender-specific. As a result, the term “intimate partner violence” was introduced to encompass a broader understanding of violence in relationships. While it is challenging to specifically identify when it came into existence, but it appears to have gained momentum sometime around 2000.

The use of the term “intimate partner violence” moved us away from the old view that abusive violence only occurs in marital relationships where the husband was the abuser and the wife was the victim. The concept of intimate partner violence acknowledges that abuse can exist in any type of personal intimate relationship, regardless of sexual orientation, marital status, or gender. Like “domestic violence,” this new term does not assign the roles of the abuser and victim to one gender or the other.

Challenge of Identifying Victims
Though the domestic violence terminology is changing, it remains challenging to identify victims who do not fit into the stereotypical model of females in opposite-sex relationships. Some areas of our society still view the typical male as being strong, which makes male victims in either opposite-sex or same-sex abusive relationships more hesitant to come forward and request assistance out of fear of rejection by their family, friends, and peers.

Similarly, females in same-sex abusive relationships may be slow to seek assistance due to similar societal stigmas about their relationships. More recently, transgender individuals have gained attention as a population that is also subject to intimate partner violence, yet slow to seek help due to societal views.

Domestic Violence charges in Travis County are very serious, but fortunately, a good Austin domestic violence attorney can help navigate to a good result in many cases.  If you or a loved one has been charged with domestic violence, whether misdemeanor or felony, contact ATX Legal today for a free case evaluation.